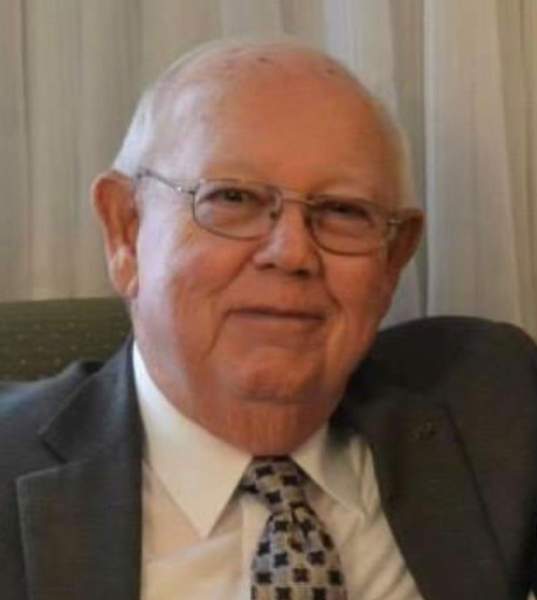 Funeral services will be in the Chapel of Leavitt Funeral Home 2:00pm, Friday, March 11, 2022 with Rev. Tom Walden officiating. Interment will follow in Anson Memorial Park.

Bill was born September 30, 1936 in Anson County, NC and was the son of the late Clyde Livingston Henry and the late Ethel Grace Howell Henry. He was a graduate of Lilesville High School and attended Appalachian State University.

He worked for 19 years with Winn Dixie Grocery Store in Wadesboro and following that worked at Carolina Power and Light Company, Blewett Falls Plant in Lilesville, retiring with 20 years of service. Retirement life never really suited Bill. In addition to keeping an immaculate yard, he was employed part-time with Leavitt Funeral Home, a job he dearly loved.

Bill was a long-time and faithful member of the Gum Springs Baptist Church where he had served as a deacon and church treasurer for many years.

When Bill and Sue married, Bill’s family grew by leaps and bounds. He became a second father to, Steve Buchanan (Pam) of Matthews, Jeff Buchanan (Alicia) and Greg Buchanan (Tracy) both of Indian Trail; Mr. Bill, as he was called, also became a grandfather to, Brian Buchanan (Naomi)  and Brad Buchanan (Taylor) both of Atlanta, GA, Ben Buchanan (Cassie) of Stallings, Cayce Levine (Dallas) of Cary, Cami Hall (Andrew) of Greensboro, Jenny Buchanan of Charlotte, Emily Buchanan of Wadesboro and Nick Weber of Indian Trail; and  great-grandchildren, Logan, Landon, Cole, Skylar, Margo and Addison; and his brother-in-law and sister-in-law, Wayne Marks (Diane) of Albemarle and Marie Roberson (Ed) of Memphis, TN.

Bill will be remembered as a loving husband to both Sue and his late wife, Georgia Kendall Henry and a devoted father figure, grandfather, uncle, brother and friend. We would be remiss if we did not share that he was a diehard Carolina Tarheel Fan, always faithful to attend their home games as long as he was able.

Bill’s family is most grateful for all of the love and support shown to them all during his declining health. A very special thank you to Liberty Home Care and Hospice, Rachel Lockler, Carol Leak and Cathy McLaurin, his caregivers, for the beautiful way in which they helped Bill.

To order memorial trees or send flowers to the family in memory of William Clyde "Bill" Henry, please visit our flower store.