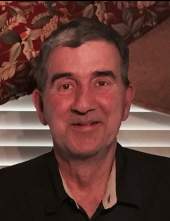 POLKTON – On Tuesday, June 1, 2021, Mr. William Lewis “Billy” Rivers, 68, peacefully passed away at Hospice of Union County in Monroe. There will be a memorial service at 11:00am Saturday, June 5, 2021 at Polkton United Methodist Church with Rev. Gervaise Hitch officiating. The family will greet friends one hour prior to the service in the church fellowship hall. Billy was born March 15, 1953 in Anson County, NC and was a son of the late Julian Brigman “Pete” Rivers and the late Mamie Lee Tomlinson Rivers. He was a graduate of Bowman High School and attended Appalachian State University. He worked with Belk Department Store and By George in Wadesboro prior to working with Tyson Foods. He was a member of Polkton United Methodist Church. Surviving are his wife of 40 years, Martha Cameron Rivers; his sister, Sarah “Teena” Hatcher (Alex) of Henderson; his cousin, Betty Lou Horne of Peachland, who was much like a sister; his brother-in-law, Jim Cameron (Cheryl) of Oakboro and his nieces and nephew and their families. In addition to his parents, he was preceded in death by his twin brother, Robert Julian "Bobby" Rivers. In lieu of flowers, memorials may be made to Polkton United Methodist Church, P.O. Box 36, Polkton, NC 28135 or to Hospice of Union County, McWhorter Hospice House, 700 W. Roosevelt Blvd., Monroe, NC 28110. Billy’s family would like to express their sincere appreciation to the nurses and staff of Hospice of Union County for the compassionate care they gave him. The arrangements are in care of Leavitt Funeral Home and online condolences may be made at www.leavittfh.com
To order memorial trees or send flowers to the family in memory of William Lewis "Billy" Rivers, please visit our flower store.

In the church fellowship hall.