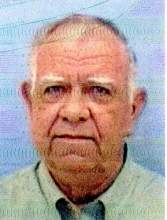 Mr. Willie Gene Stephens, 74, passed peacefully from this life to the next on Monday, February 4, 2019, while a patient at Anson Health and Rehab. A memorial service to celebrate his life will be held at 3:00PM Thursday, February 7, at Leavitt Funeral Home. The family will greet friends immediately following the service. A son of the late Henry Stephens and the late Rosie Craven Stephens, Willie was born in Richmond County, NC, on April 2, 1944. He had last worked as a heavy equipment operator for B.V. Hedrick Gravel and Sand in Lilesville but also had previously worked at both, Wansona, Inc. and Wade Mfg., Inc. Willie was a great lover of the outdoors. He enjoyed hunting, yard work of most any kind and also sitting on his porch watching the world go by. His favorite pastime however, was fishing! He and Bobbie loved to fish and his favorite fishing hole was Badin Lake. Survivors include his wife of nearly 51 years, Bobbie Cook Stephens of the home; one sister, Frances McPhatter of Wadesboro; a brother-in-law and several sisters-in law; and many nieces and nephews. In addition to his parents, Willie was preceded in death by a sister, Louise Helms and two brothers, Donald and David Stephens. Visitation following the service: 2036 Morven Road Wadesboro, NC 28170 Thursday February 7, 2019 Leavitt Funeral Home
To order memorial trees or send flowers to the family in memory of Willie Gene Stephens, please visit our flower store.