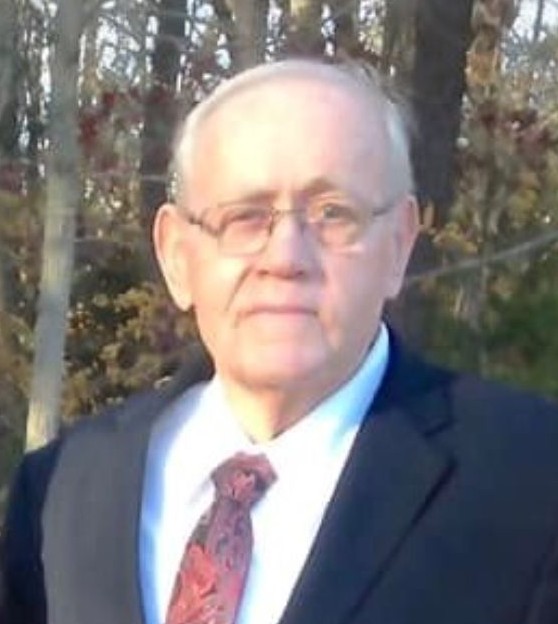 Wadesboro – On Friday, December 10, 2021, Mr. Winfred “Wink” Sikes passed away peacefully at Hospice of Union County, with Sheila, his wife of 61 years, by his side.

Wink was born October 4, 1934, in the Hopewell community of the Burnsville Township. He was the son of Thomas Clyde and Effie Rushing Sikes. He was a member of Hopewell Methodist Church until joining First Baptist Church of Wadesboro in 1975.

After graduating from Burnsville High School, he became employed by Seaboard Coastline Railroad (CSX) and retired as a master welder after 38 years of service.

Wink will be remembered for his many interests and hobbies. He was an avid gardener who enjoyed sharing flowers and vegetables from his garden. His mechanical mind enabled him to build and repair miniature cars and create playhouses for his children and grandchildren. He especially loved Farmall tractors and constructed, without blueprints, five ¼ of the original sized tractors which he proudly displayed in the Wadesboro Christmas parades.

Wink was also known for his signature barbeque, cooked on the pit he built at the back of his shop, affectionately known as “Heaven”. Many meals and stories were shared here throughout the year. His expertise in cooking barbeque helped raise funds for Southview Academy where he served on the board of directors. He was also called upon to help the Rotary Club with their annual barbeque, and in appreciation for his efforts, was named a Paul Harris Fellow. Wink was also recognized for his service toward others by being selected to receive the Woodmen of the World Community Service Award.

Another of Wink’s special interests was traveling. He and Sheila shared many Christian Tours adventures throughout the United States with friends.

Wink was an active and dedicated member of First Baptist Church, where he participated as a member of the Special Interest Sunday School class. He enjoyed cooking for various church events and working with the Baptist Men Fellowship to construct handicap ramps for those in need within the community at large.

In addition to his parents, Wink was preceded in death by brothers, Ross, Lee, Tommy and Paul Sikes.

The family wishes to thank the staff of Anson Health and Rehab along with the staff at Hospice of Union County for their devotion and care during Wink’s illness.
There will be a Celebration of Life Service at First Baptist Church at 11:00AM on Saturday, December 18, with Dr. Harry Workman officiating. The family will greet friends in the church’s Fellowship Hall immediately following the service.

To order memorial trees or send flowers to the family in memory of Winfred "Wink" Sikes, please visit our flower store.