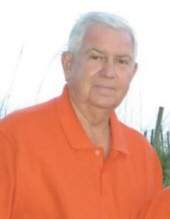 Mr. Benton Yates Tyson, 74, slipped peacefully from this life to the next on Sunday, December 30, 2018, while a patient at Hospice of Union County in Monroe, NC. Services to celebrate his life will be 11:00AM Wednesday, January 2, 2019, in Mt. Beulah Baptist Church with Rev. Randy Storz officiating. Interment will follow in Anson Memorial Park. The family will greet friends from 5:00 until 8:00PM Tuesday, January 1, 2019, at Leavitt Funeral Home. Born in Anson County on August 23, 1944, Yates was the oldest child of the late Pearl Benton Tyson and Julia Lowder Tyson. Typical for the time period, Yates was named for the doctor that delivered him, Dr. Yates Sorrell. Yates graduated from Anson High School and after a brief time with John Deere, he began work at the A&R Auto Parts Company. His interest in cars, motors and the parts business led him and his friend, Don Gaskins, to open their own parts store, Anson Auto Supply, in 1969. Blessed with knowledge and a desire to succeed, Yates oversaw a couple of location moves and finally the move into a new building built specifically for his parts business. His success allowed him to sponsor several racing teams over the years including Gary Porters Carolina Crusher. Although Yates retired in 2014, the store, NAPA Auto Parts of Wadesboro, remains in operation today. Yates was a faithful member of Mt. Beulah Baptist Church, where he ministered in several capacities including serving as a deacon of the church. He also worked as a community volunteer with the Feed My Lambs program. In his younger days, he was quite a baseball player and he remained an avid fan, particularly of the Atlanta Braves. He enjoyed playing in the church softball leagues of the 1970s and 80s and more recently enjoyed watching the Carolina Panthers and ACC basketball. However, Yates best loved hobby was grass cutting! Occasionally, not satisfied with how things looked after just one cutting, he proceeded with a second cutting just to make sure his lawn was as neat as it could possibly be. Yates also dearly loved both his Tyson and his Poplin families. The annual Tyson Family get-together, his mothers Haithcock Family Reunion and the Grooms Reunion were always meaningful and special times he looked forward to each year. Survivors include his wife of 53 years, Kayda Poplin Tyson of the home; two daughters, Tempie Tyson (Lynn Hall) of Bethlehem, Ga and Carrie Leavitt (Harvey) of Wadesboro; and two grandchildren, Madeline and Tyson Leavitt. Also surviving are: his brother and sisters: Lavon Tyson of Ansonville, Joyce Pope (Glenn) of Wadesboro, Wanda Chappell (Jerry) of Lilesville, Carol Gill (Don) of Sturgis, KY, and Debbie Taylor (Wayne) of Rocky Mt.; and his uncles and aunts, Leo Tyson, Robert "Shorty" Tyson, Ella Hargett, Alice Warwick, and Jennie Thomas. The family suggests memorials might be made online to the Leukemia & Lymphoma Society at www. lls.org; or the American Heart Association at www.heart.org; or locally to Mt. Beulah Baptist Church, 3373 Country Club Rd, Wadesboro, NC 28170.
To order memorial trees or send flowers to the family in memory of Yates Tyson, please visit our flower store.